Charles Roberts and The Quarrymen 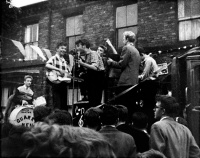 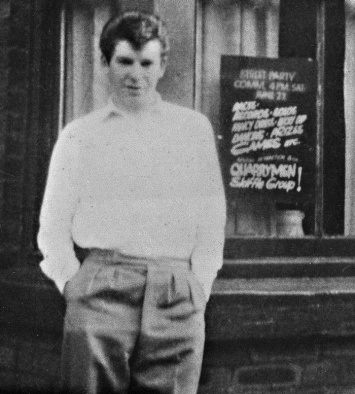 Arthur also had a Grundig tape recorder and so some sessions took place at his home in Mossley Hill where he taped the lads. Sadly, none of the tapes survived. Sometime in 1958 the lads clubbed together to produce a vinyl record which was passed around for anyone to listen to. I took it to work at Littlewoods in Crosby where it was played every day over the canteen Tannoy [speaker] system for a couple of weeks. The recordings are now on YouTube - [www.youtube.com/watch?v=D8eqtpLxFO0 That'll Be The Day] and In Spite Of All the Danger. Eventually I brought it home and after a while I returned it to the Quarrymen who really didn't seem too interested at the time. What became of it after I don't know, except that Paul bought it back in later years. 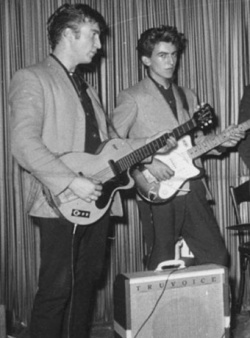