Even Paul is mixed up about when he first saw John
In an interview the Beatles gave during their 1966 Japanese tour, they're asked about people going to concerts.

Obviously, Paul came around to accept the received memory of folks regarding events that occurred 9 years earlier when he was 12. 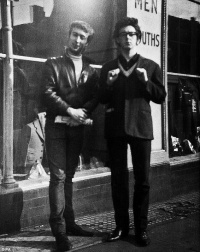